The X-Man Tornado V3 M is QiYi's new flagship 3x3 speedcube. This puzzle has amazing performance and easy customization. X-man has released 3 versions, introducing core magnets and maglev tech to the Tornado line. It solves some small issues that were present in the V2 like replacing the rivets with screws and allowing the center caps to fit from any orientation. The improved mechanism gives a more cohesive, smooth feel when turning. And with the amount of adjustability on this speedcube, it can mold to any turning style!


This version has corner + core magnets and a MagLev mechanism that replaces the springs with opposing magnets.

Find the other versions here:


Even before this puzzle was released it has set some notable times:


As you can see, the performance on this puzzle is top-of-the-line.

B
BlueIntellect (United States)
Good yet a bit uncontrollable

I bought the Tornado V1 and V2 and they're both good in their own way. Light and quiet. When I found out about the Tornado V3, I bought it immediately, and I have to say that their are a lot of improvements.

The first improvement is the size. While I do love solvang with the tornado V1 and V2, the issue I had was it was a very small cube and sometimes my fingers wouldn't know where to go and how to properly grip it without me having horrible lockups.

Speaking of lockups, that's another thing that the tornado V1 and V2 have. Even when I was solving accurately I still had lockups when I decided to try to go fast. I will say that the V2 did improve with the lockups in comparison to the V1, but the lockups were still there and it was very annoying, but not annoying to where I did not not want to keep doing solves.

With the V3, I do get lockups, but they're not as bad, or as many as the tornado V1 and V2. That and it's a new cube so I'm still working with it and trying to get it to where I like it even more.

When people say size matters when it comes to a cube, they are not lying. I'm able to hold the cube better without feeling like I'm going to drop it because of how small it is.

And as for speed, this cube is really fast. I've been doing solves on it, and while it's good, it's hard to control. Having a fast cube isn't a bad thing because people, myself included, want cubes that are fast and ready to use instead of people having to take forever to try to speed a cube up with a lot of lube. I put the cube on the tightest settings and it's still fast. I'm going to purchase lube to slow it down but besides that, the tornado V3 pioneer is good.

To me, the cube kiiiind of feels heavy (and by kind of I mean barely noticeable), but that oddly helps with me moving the cube faster and more accurate.

I'm going to give this one 9.7 out of 10. The remaining point is because of some of the stuff I talked about previously but that can be rectified with more tweaking and me purchasing slow lube, and, like with anything, just breaking it in.

I
Isaac W. (United States)
it's heavy and fast!

Cube is the best. Better than Gan 13. Just took way too long too ship. 2 Months!

Sorry about the delay! QiYi had some production challenges and gave us some overly ambitious delivery estimates. We did everything we could to get pre-orders out quickly, but we'll try to get more realistic estimates from the manufacturer in the future.

The Tornado V3 is an improvement over the V2 (my previous main, a cube I absolutely loved) in every way.

Looks great, performs extremely well, and the adjustment system is incredibly easy to use, no tool required for the adjusting the tensions. It's a shame I can only give it 5 stars. 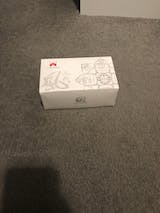 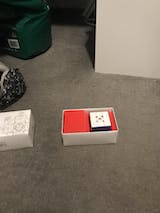 It took a while to come but was TOTALLY WORTH IT! The cube turns great and is better than any Gan, and with the magnet strength at full and the tension at 4(outside ring) and 3( inside ring) it works amazing. I totally love the light insides compared to a the darker insides of the v2 and the us coating is a great touch. Also the accessories work too and the tensioning system is revolutionary. Overall great cube and I would recommend
.